Talk to us about your business communication requirements

The Future Cities Catapult is a government supported centre for the advancement of smart cities.

Their mission is to help UK firms develop innovative products and services to meet the changing needs of cities and to sell them to the world. They help put SMEs in touch with companies and organisations who can make them bigger and better.

Adam Ferrett is responsible for IT support within the business and was tasked with sourcing and deploying a new phone system. He looks after the day to day IT needs of the organisation, including help and support along with rolling out and implementing new solutions and software.

The MiCloud solution was predominantly required to resolve issues within the Reception team, where functionality was previously an issue. The Reception is key to their business - Adam Ferrett told us:

“We were looking for a decent switchboard solution that tied into our Cloud Office 365 environment along with an IVR platform. And that was the one thing that Mitel and Cranberry could provide for a realistic cost"

"Others had quoted for a solution, but it was an insane amount of money compared to Cranberry and the Mitel Micloud Connect solution"

The team spends 80% of their time on the telephone, so being able to swiftly transfer calls was a necessity.

As efficiency was one of the key factors in their decision, we implemented a MiCloud solution which links with their Office 365, meaning they can lookup contacts within the software and transfer calls with no fuss. This was a massive improvement on how they'd been having to look up contacts when transferring calls - Adam told us:

Another great solution was to give the Reception staff softphones on their PCs and for them to use headsets, freeing up space on their desks and allowing them to work in a more streamlined manner. As they spend 80% of their time on the phone, it's also a lot more comfortable and better for posture.

"They do like the softphones a lot, they can transfer inside and outside the business".

The solution also provides voicemail to email, which was a massive bonus as this was another problematic area on their old system. The ability to see voicemails when they arrived and not have to remember is proving really popular with Future Cities staff.

The MiCloud solution is also configurable by the end user, so for organisations such as this where IT staff are hands-on, they have the ability to make changes themselves - although Adam admitted that the Cranberry Support team had been so helpful in the early stages he hadn't needed to make many changes. He was pleased that he could now have better visibility of the system and see the setup for himself.

When asked if he would recommend Cranberry, Adam told us: "I definitely would!"

“We were looking for a decent switchboard solution that tied into our Cloud Office 365 environment along with an IVR platform. And that was the one thing that Mitel and Cranberry could provide for a realistic cost"

75% Increase in Productivity in the Reception Team

Whether you are a small business or a global brand, Cranberry Communications help organisations achieve their business goals and reduce costs using our Communication Stack (Voice, Data, Wi-Fi & Internet). The dedicated team at Cranberry have a total commitment to your success.
Your success is our success.

Cloud-based Communications Can Give You the Inside Track


Consistent, unified communications experience at the new stadium and within the rest of the organization 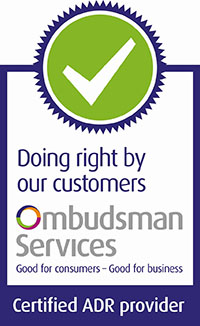